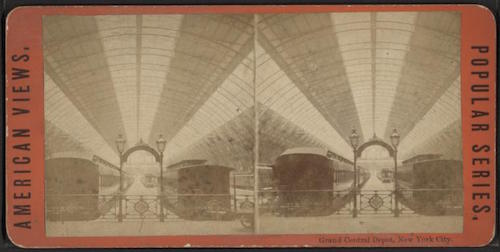 A Pandemic is Not a War (and Other Consequences of Male Inferiority)
On the Sad and Stupid Men Who’re Making Things Worse.
Literary Hub, April 6, 2020

A Forest of Ancient Trees, Poisoned by Rising Seas
We’re entering an age of loss disguised as plenty.
The New York Times, December 27, 2018

A Gun To Our Heads
Humanity in light of ecological catastrophe.
Public Books, October 31, 2018

The Trickle Down Effect of Post-Truth and Lies
With Trump, a tyranny of falsehood is coming to America.
Literary Hub, November 18, 2016

The Uses of Nature
Three newly published novels, by Cynan Jones, Jean Giono, and Antonio Moresco and E.O. Wilson’s latest Half Earth help Popkin meditate on the place of nature in our lives.
Cleaver Magazine, April 19, 2016

At Trump Rallies, Echoes of Jacksonian Era Violence
In the 1820s and 1830s, Andrew Jackson, like Donald Trump today, deputized his followers to commit violence against minorities.
Philadelphia Inquirer, March 21, 2016

Seeking Childhood
In this first-person essay, Popkin calls on Homero Aridjis’s The Child Poet to confront a childhood locked away.
Cleaver Magazine, February 22, 2016

Respecting the Layers of Urban History
Immigrant and working class buildings are rarely protected by landmark law, yet they matter to the experience of the city.
How can we protect them?
Forum Journal of the National Trust, October 15, 2015

Approaching Borders
In pathbreaking works of poetry and prose, Edward Hirsch and David Grossman face the abyss in the loss of their sons.
Cleaver Magazine, January 13, 2015

A Tale of Two Cities
The urban settings of Naples and Istanbul play profound roles in the novels of Orhan Pamuk and Elena Ferrante.
The Smart Set, September 22, 2014

Greek Revival
Giacomo Leopardi, author of the journal Zibaldone, called on the poetry of the Ancient Greeks just as American builders became obsessed by the Greek Revival.
The Smart Set, December 27, 2013

A Wilde Fashion
Oscar Wilde’s lost journalism, much of it on fashion, has been uncovered and packaged by the tour guide of Wilde’s New York.
The Smart Set, October 10, 2013

Under the Influence
In the novel The Mehlis Report, by Rabee Jaber, and his father’s old office in Trenton, Popkin considers the persistent power of place.
The Smart Set, August 21, 2013

Seeds of a Quiet Revolution
A team of education innovators builds a new approach to education in the highlands of Nicaragua.
Pennsylvania Gazette, May 7, 2013

Which Contexts Matter?
Some architects like buildings to “fit in,” but what for and how so?
Hidden City Daily, June 20, 2012

Shaping a Revolutionary Space
The architecture of the new Museum of the American Revolution is unfortunately reactionary.
Philadelphia Inquirer, November 25, 2011