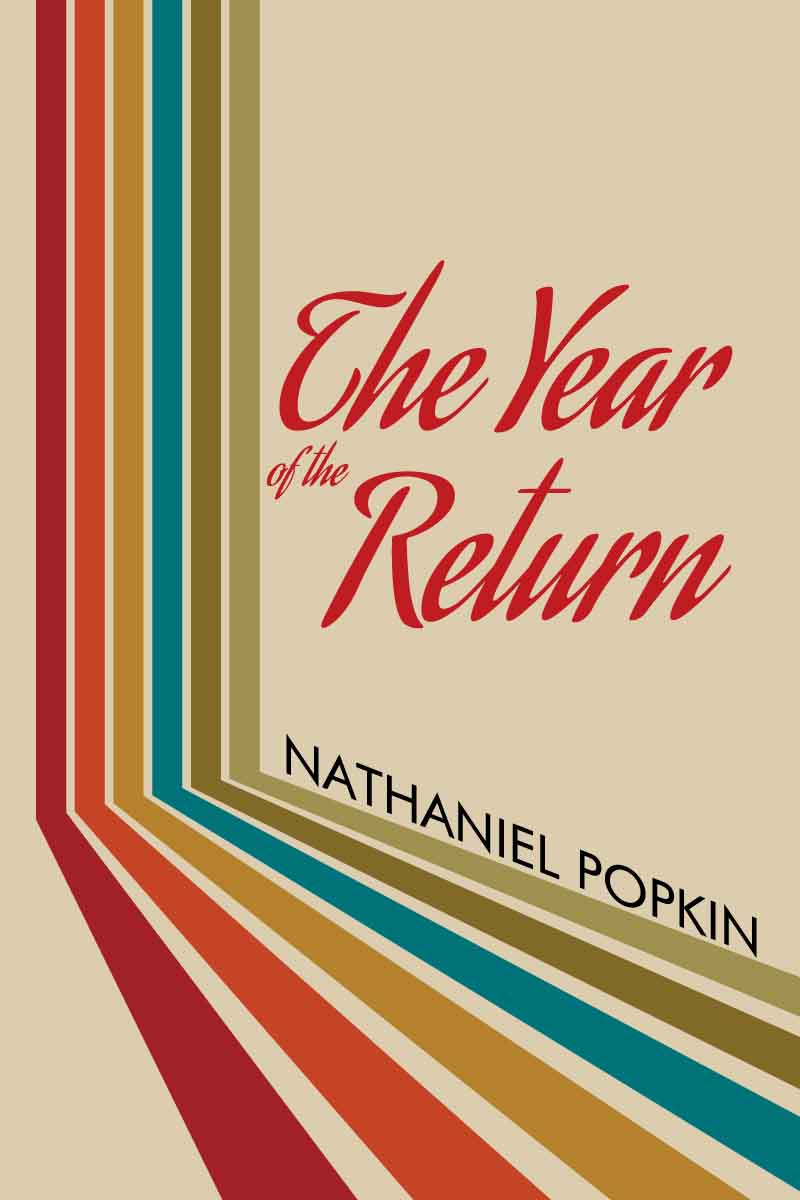 THE YEAR OF THE RETURN

Set against the backdrop of 1976 Philadelphia, The Year of the Return follows the path of two families, the Jewish Silks and African American Johnsons, as they are first united by marriage and then by grief, turmoil, and the difficult task of trying to live in an America failing to live up to its ideals.

Both hyper-real and feverishly imagined, and told in the unfiltered voices of the characters themselves, Nathaniel Popkin’s seventh book summons the electric dimensions of racial conflict, sexual liberty, and economic collapse during America’s post-Vietnam urban meltdown. In The Year of the Return hope rises from disarray and despair.

Paul Silk and Charlene Johnson are journalists whose love for each other and commitment to social justice were formed in the peace movements of the 1960s. But the idealism of that era leads to the urban deterioration of the 1970s. Mayor Frank Rizzo’s Philadelphia is a place of crime, white flight, and class resentment that is inhospitable to their interracial marriage, forcing them to move away. But when Charlene dies of cancer, Paul returns.

Unmoored and unable to let go of Charlene, he wades back into the lives of the two families, with the hope of helping Charlene’s younger brother Monte, once a prodigy and now a troubled veteran of the Vietnam War. Their explosive reunion leads to the baring of personal revelations and dangerous secrets.

The Year of the Return is a vivid story of families trying to reconnect with and support each other through trauma and loss, and a meditation on the possibility of moving on to a better future.

The Year Of The Return is now available wherever books are sold.

Listen to Nathaniel Popkin on the Life Elsewhere radio program from NPR talking about The Year of the Return.

Listen to Nathaniel Popkin on the Give and Take podcast talking about The Year of the Return.

Listen to Nathaniel Popkin on Santa Fe Public Radio’s Wake Up Call with MK Mendoza talking about The Year of the Return, “The Timeless and Personal Pursuit of Keeping Democracy Alive.”

“Nathaniel Popkin unveils a vivid tapestry woven from the conjoined histories of two American families. United by marriage, the Jewish Silks and the African American Johnsons struggle to navigate their blended worlds in the wake of a devastating loss. Thankfully, Popkin avoids the usual pitfalls that gobble up so many authors who try to write about “race,” focusing instead on what is universal and relatable about his characters’ emotions rather than easy stereotypes. Set during the run-up to Philadelphia’s Bicentennial celebrations, The Year of the Return grabbed me from the first page and I dove deep, careening between enchantment and the terrors experienced by multiple characters as they tackle questions of identity, racial culpability, and even the true cost of war. In keeping with the Bicentennial setting, the story even inspires a surge of patriotism: Not the repugnant Nationalism so prevalent these days, but the hard-won patriotism of the immigrant, the outsider; the patriotism of the enslaved peoples who worked for free and died for their children’s share of the American Dream. Popkin tells a deeply satisfying story of damaged heroes grasping toward the promise of a better tomorrow. He also delves unerringly into the dark nature of human ambition, racism and, ultimately, the transcendent power of hope. In an era where cynicism is easy, the better angels at play within these pages filled me with yearning, not for an America that never was, but for the America that might still be possible.”
—Michael Boatman, screen actor and author of Who Wants to Be the Prince of Darkness

“A beautiful, absorbing novel about the crisis of American cities in the twentieth century, The Year of the Return is remarkable for its generous and intimate approach to politics. A complex portrait of a family at a pivotal moment, it also sensitively and knowledgeably presents the historical failures that led to our current political chaos.”
—Sandra Newman, author of The Heavens

“Emotionally honest, authentically rendered. The Year of the Return deftly shifts narratives to tell the intertwined stories of the Johnsons and the Silks, the interracial marriage that inextricably binds them, the loss that shatters them. Nathaniel Popkin has crafted a novel that is both haunting and graceful with a soulfulness that lingers.
—Diane McKinney-Whetstone, author of Lazaretto

“With the compassion of a storyteller and the exacting eye of an historian, Nathaniel Popkin brings to life Philadelphia in the 1970s in this immersive, propulsive read. Entertaining, edifying, and relevant.”
—Elise Juska, author of If We Had Known

“A complex, polyphonic dive into personal and societal grief. Popkin expertly shepherds us through a recent yet forgotten time in Philadelphia, whose lessons are particular resonant today.”
—Vikram Paralkar, author of Night Theater