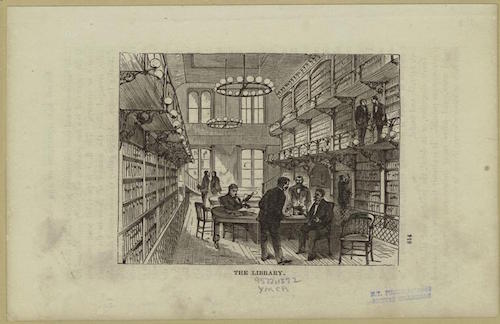 Works by Jean Giono in English Translation
Giono wrought a metaphorical prose of earthen-human spirit, a divinity of dirt, water, wind, and bone. Without such a literature, how can we survive the ecological crisis?
Gulf Coast, Summer/Fall 2020

On The Besieged City by Clarice Lispector
The great Brazilian novelist of the interior life asks, what should happen to a person who, instead of internalizing, experiences the world only at its surface?
Kenyon Review, September 2019

The Farm by Héctor Abad
The Colombian author and journalist explores the various, and divergent, powers of place to attract and repel in this moving novel about a family’s ancestral farm in the hills of Antioquia.
Rain Taxi Review of Books, Summer 2018

A Missing Piece of the Midcentury: On Chronicle of the Murdered House by Lúcio Cardoso
Cardoso’s only work to be translated into English is a work of delicate and baroque beauty and the winner of the 2017 Best Translated Novel Award.
Kenyon Review, July 6, 2017

The Rubble of Beirut
The latest novel from Elias Khoury, Broken Mirrors, is a maddening reflection of the Lebanese civil war.
Public Books, April 15, 2015

Confining Roberto Bolaño’s 2666 to the Stage
Adapted for theater, Popkin finds the masterpiece novel 2666 thrilling and exhausting.
The Millions, March 2, 2016

Escaping from History
Novelist Édouard Levé’s dream of an objective prose, in Newspaper, is as impossible as the exiled novelist Horacio Castellanos Moya’s Dream of My Return.
Kenyon Review, January 6, 2016

The Unfulfilled Now: On Jean-Phillipe Blondel’s The 6.41 to Paris
With Graham Greene’s End of the Affair in mind, this French novelist produces a work of literary inversion.
The Millions, November 9, 2015

Vanishing into the Veldt
Afrikaans master Karel Schoeman hides a woman’s secrets in the endless plane in this end-of-life novel of regret.
Wall Street Journal, June 12, 2015

Past and Future Both Color the Present
Ali Smith’s time warp novel How to Be Both, which takes place now and in the 15th century, is “bound and endless all at once.”
Public Books, April 15, 2015

We Tell Ourselves Stories: Leslie Jamison’s The Empathy Exams
In this searching book of essays, Leslie Jamison reveals that she is a “translator of human pain.”
Kenyon Review, November 12, 2014

The Restless Dead: On Hadrien LaRouche’s Orphans
This French conceptualist, a playful and meticulous prober of contemporary life, cuts close to the bare heart in this novel of exile, just translated to English.
The Millions, October 30, 2014

The Professor and the Siren by Giuseppe Tomasi di Lampedusa
In these delightful new translations of other writings of the Sicilian Lampedusa, the reader gets to revisit themes of The Leopard.
Wall Street Journal, June 21, 2014

My Own Saint: A Review of Letters from James Agee to Father Flye
James Agee is a literary saint of catholic imperfection, revealed in a lifelong correspondence with a teacher and old friend.
Fanzine, June 11, 2014

A Paradise Lost
The Alp, a novel by Swiss writer Arno Camenisch, is an evocative lament for a quest to preserve a paradise that never really was.
Fanzine, April 17, 2014

Writing on the Margins
The novels of Polish exiled writer Marek Hlasko’s are hardboiled but empathetic testaments of deceit and deprivation.
Wall Street Journal, March 29, 2014

Growing up Mid-Century
Childhood is the subject of two novels, Joan Chase’s During the Reign of the Queen of Persia, published in a new edition, and Dennis Must’s The World’s Smallest Bible. In both the authors present a lush world to breathe in instead of merely to read about.
Cleaver Magazine, March 20, 2014

Review of Baghdad: City in Verse and The New York Nobody Knows
The layers of two cities, Baghdad and New York, are revealed in books of poetry and sociology.
Cleaver Magazine, January 22, 2014